Thailand is an agricultural country as its land is suitable for agriculture and farmers can cultivate several crops that could enormously yield and earn. However, expansion of agriculture has often come at a heavy cost to the natural environment. Climate change may be another factor inducing severe plant diseases and pests, causing major damages to economically important crops. Chemical pesticides have been extensively used in modern agriculture to control diseases and pests. However, overtime, some pests have developed resistance to pesticides used to manage them. Farmers feel the need to increase the amount of chemicals and pesticide use which pose serious threat to the health of both farmers and consumers, as well as the ecosystem. Thailand uses and imports considerable amount of pesticides each year.

Biological control is the use of microbes to control pest organisms such as plant pathogen, insects and weeds.  As a natural method, biocontrol does not require the use of chemical which can have an adverse impact to both the environment and human health. Harnessing microbial biodiversity for agricultural sector has long been prioritized by the National Center for Genetic Engineering and Biochemistry (BIOTEC), National Science and Technology Development Agency (NSTDA).

Dr. Boonhiang Promdonkoy, Biocontrol Technology Research Team Leader, reveals that BIOTEC has been working on the development of biocontrol agents for more than a decade. The focus is on utilization of microbial antagonists which are able to effectively attack multiple types of pests such as insect fungi, protein from bacteria and Nuclear Polyhedriosis Virus (NPV). Knowledge accumulated throughout the years have been disseminated and transferred to local farmers, especially organic farming.

Dr. Boonhiang went on to elaborate that currently BIOTEC has developed biological control agents from insect fungi such as Beauveria and Metarhizium. They could be used to effectively control various pests such as rice brown planthoppers (Nilaparvata legens), aphids (Myzus persicae), thrips (Thrips palmi) pink mealy bug (Phenacoccus manihoti), whiteflies (Bemisia tabaci), beetles and blossom midges. The fungi specifically infect and kill insect pests. Spore will be produced and applied in the field. Insects can become infected when they come into contact with fungal spores and pathogenesis developed within a few days. Fungal spores emerged from the insect cadaver could be spread to other insects.

The development of insecticidal protein from a bacterium that kills insects have also long been a topic of interest for BIOTEC. The study is based on the vegetative insecticidal protein (Vip) produced by Bacillus thuringiensis. We have successfully developed a biocontrol prototype “VipPro”. The product is highly effective against Lepidopteran species, such as beet armyworm, common cutworm, diamondback moth and cabbage looper. Field trials have been carried out in several regions of the country including paddy fields, kale, asparagus, shallot, etc. The results demonstrated VipPro offers advantages via biodegradability, fast-acting and environmental safety. Its effectiveness to control insect pests is comparable to synthetic insecticides. In partnership with both public and private sectors, NSTDA has been working closely with local farmers in several areas of the country to promote the use of biocontrol agents as alternative and cost-effective means for the sustainable agriculture. 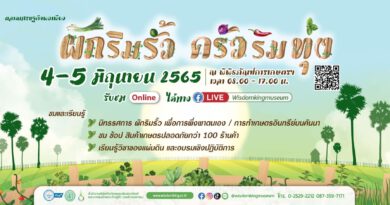 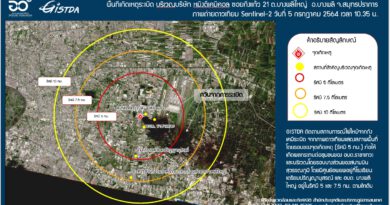