Mycoprotein is defined as a form of single-cell protein, also known as fungal protein, derived from fungi for human consumption (Oxford English Dictionary). According to the Food and Agriculture Organization of the United Nation, Mycoprotein is high in protein and fiber and low in energy and saturated fat and contains no cholesterol. The global Mycoprotein Meat Substitute market was

The National Center for Genetic Engineering and Biotechnology (BIOTEC), National Science and Technology Development Agency (NSTDA) under Ministry of Higher Education, Science, Research and Innovation announced their success on Mycoprotein that has been produced in Thailand for the first time.

The research yielded an outstanding result, the alternative protein with meat-like texture consists of nutritional values, essential amino acids, fiber, vitamins and beta-glucan, but is low in fat and cholesterol-free, which is safe for consumption. Together with a business partner, BIOTEC plans on releasing “vegan ground meat” and “ready-to-eat food” products into the market.

Dr. Kobkul Laoteng, Director, Functional Ingredients and Food Innovation Research Group, National Center for Genetic Engineering and Biotechnology (BIOTEC), revealed that nowadays more consumers prefer alternative proteins as they have become more health-conscious and concern about the risks of meat being contaminated with antibiotics and diseases, resulting in many alternative products to replace meat such as plant-based and insect proteins have now become available in the market.

“Mycoprotein is not new as it has already been available in Europe and North America but for Thailand as we were not able to produce it domestically, it had to be imported. Now our research team at BIOTEC has finally been able to develop the technology to successfully produce Mycoprotein from edible microbes found in Thailand” said Dr. Kobkul.

Dr. Kobkul explained that her team carefully selected strains of food-grade microbes with desirable properties. The selected strains can produce a significant amount of proteins, and do not contain toxins that are harmful to consumers. After acquiring the right strain, the team devoted in the technology development for lab- and pilot-scale production and is going to scale up to industrial scale in the near future. The focus is on producing affordable, quality proteins to compete in the market.

Dr. Kobkul went on to explain that “The team also further improve the physical structure of mycoprotein resulting in even better superb texture. Now our mycoprotein looks like ground meat that can replace beef in several dishes such as burgers, spicy ground meat salad, stir-fried basil leaves, chili pastes, etc. In the future, we plan on developing mycoprotein to physically look like real meat. As for nutritional qualities, we have found that our mycoprotein has high proteins in the similar level as proteins from eggs, and lower energy compared with other protein sources.

Apart from being a quality source of proteins, mycoprotein is particular safe for consumption as it uses the fermentation technology, which is controllable and free from chemicals and antibiotics. It is environmentally friendly process due to the use of land and energy, and greenhouse gas emission are less than the meat production. 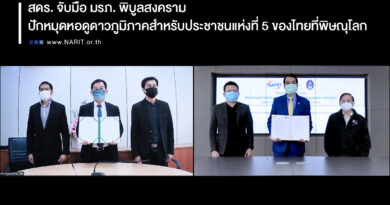 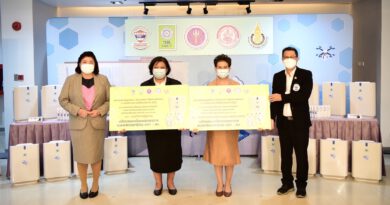