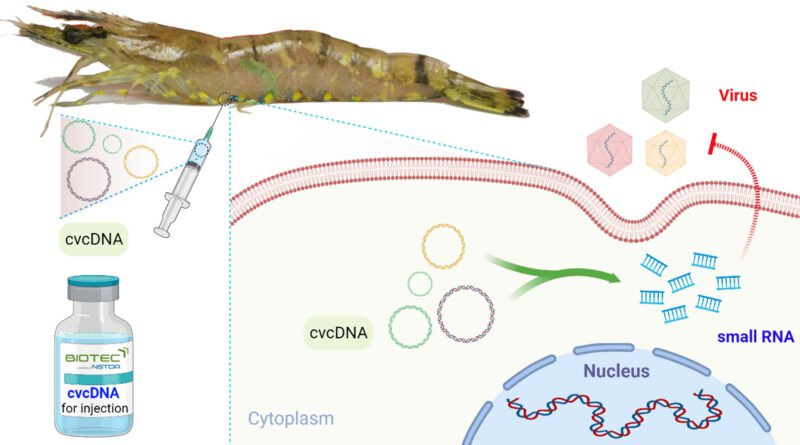 Shrimp aquaculture in Thailand has been a multi-billion dollar industry and a major export revenue generator. According to the FAO’s World Aquaculture Performance Indicators (WAPI) factsheet, Thailand ranked 3rd in the top ten shrimps/prawns exporters (by value) to the world market, accounting for 8.15% of the global market share. However, the industry suffers from continual losses due to viral disease outbreaks leading to losses of up to 60%.

The Aquatic Animal Health research team of the Integrative Aquaculture Biotechnology research group of National Center for Genetic Engineering and Biotechnology (BIOTEC), National Science and Technology Development Agency (NSTDA), Thailand led by Dr. Kallaya Sritunyalucksana-Dangtip, head of research team and Dr. Suparat Taengchaiyaphum, PI of the project in collaboration with a research team of the Center of Excellence for Shrimp Molecular Biology and Biotechnology (Centex Shrimp) at Mahidol University under the supervision of Prof. Timothy W. Flegel, a NSTDA consultant and a world-renown scientist of shrimp defense mechanism and shrimp diseases have discovered the mechanism by which the shrimps become tolerant to viral infection.

Dr. Kallaya reported that the team has proven that a new viral defense mechanism in shrimp uses the hereditary materials DNA and RNA rather than antibodies as used by humans. Following recent work on insects, the team showed that black tiger shrimp infected with a DNA virus produced variable, circular DNA they copied from the infecting virus (cvcDNA) and that the extracted cvcDNA could be injected like a vaccine into whiteleg shrimp to protect them against the same virus. This has never before been reported for any DNA virus in insects or crustaceans. Dr. Kallaya is positive that the discovery opens the way to the possible production of shrimp vaccines by copying and producing naturally occurring cvcDNA vaccines in an industrial manner for the addition to shrimp feed.

Surprisingly, the study has led to another breakthrough discovery. “We found that some of the cvcDNAs discovered arose not just from the infecting virus, but also from fragmental viral gene copies (called EVE) in the genome of the black tiger shrimp themselves” said Dr. Suparat. This has not been reported in insects. “It was very exciting, because we suspect that shrimp naturally produce EVE upon infection with viruses and that they can pass protective EVE on to their offspring and their future generations that will also be protected” Dr. Suparat went on to explain.

Although there are previous studies on EVE, they are very hard to find because of their huge variety and their differences among individual shrimp. “Now we know that EVE can be easily found simply by extracting and analyzing cvcDNAs from many, many shrimp” explained Dr. Suparat. Then the EVE can be quickly screened to find EVE that give the highest protection for use in making new shrimp vaccines. Even better, the researchers will be able to identify highly protective EVE in existing shrimp breeding stocks and make sure that the EVE are present in all baby shrimp supplied to shrimp farmers. The researchers believe that it will be possible to inject naturally protective EVE into the ovaries of adult shrimp and then screen their offspring for individuals that carry them and can pass them on to future generations. Dr. Kallaya is confident that the team will be able to develop shrimp stocks that are protected against any virus. In addition to shrimp and other crustaceans, we believe that the same methods can be applied to protect economic insects like silkworms and honeybees against viral pathogens.

The breakthroughs will certainly benefit the global shrimp industry which is plagued by viral diseases.

The scientists would like to thank Guangdong HAID Group Co., Ltd. (China) and the Thai National Centre for Genetic Engineering and Biotechnology (BIOTEC) of the Thai National Science and Technology Development Agency (NSTDA) for the joint funding provided to carry out this work. They would also like to thank Dr. Donghuo Jiang for encouraging their innovation, for his helpful discussions and for his efforts that enabled them to explore this frontier area of shrimp immunology. 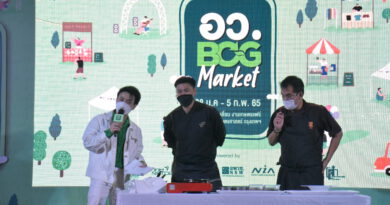 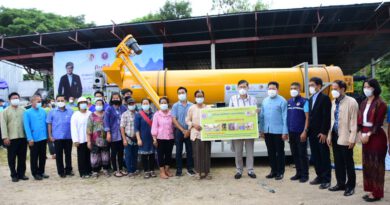